Tianna Sherman Left Her Home In Missouri, In The U S To Return To A Post-war Liberia In 2010 And Started A Fashion Business. 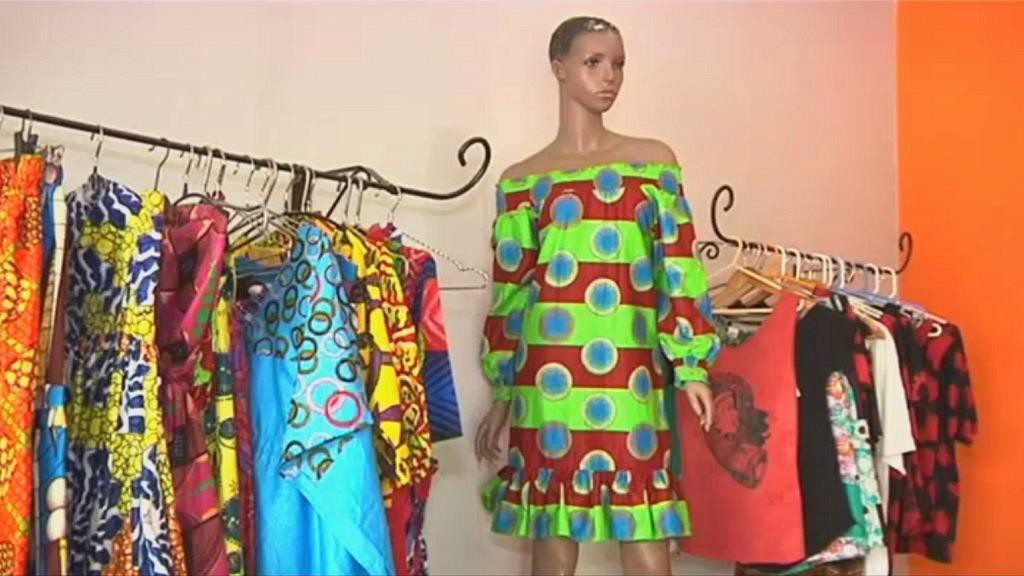 She is a busy Liberia entrepreneur; she sells African print designs locally and abroad, and showing other Liberians that there are opportunities back home.

BEING A WOMAN IN THIS INDUSTRY, I THINK PRODUCERS – WHETHER BEING MALE OR FEMALE WILL ALWAYS FACE THE SAME CHALLENGES.

“It was an opportunity to have a nice space for people to be able to try on clothes, to shop comfortably, to not have to batter on your prices and it was also an opportunity for me to show people that Liberians could set up a nice establishment,“she added.

In Kenya, Dorothy Ghettuba was on set with her team, filming an episode of the series ‘Sumu la penzi’, Swahili for ‘love is poison’.

Kenya wants to boost local content to at least 40 percent on the country’s TV stations. Dorothy is taking advantage of that but said being a woman presents an extra set of challenges in business.

“Being a woman in this industry, I think producers – whether being male or female will always face the same challenges. You know we are looking for money, we are all trying to produce, we are all trying to do the best that we can do. But it is always going to be a bit more difficult for the woman,” she said.

In Nigeria, Wilson’s Juice company made lemonade for sale following a government push to get people to buy more Nigerian products after a fall in the naira, blamed on a plummet in oil prices.

The country put in place restrictions on imports in a bid to boost local industry.

“People are clamoring and hammering about devaluation of the naira, the economy is slowing down, so many things going wrong, and we just see this as an opportunity. We have seen it for years and now we believe this is the time for us to really shine,” said Seyi Abolaji, a co-founder of Wilson’s Juice Company.

A Ugandan entrepreneur, Sharon Ninsiima made bags out of banana fiber to try and promote the country’s fight against polythene bags. The country banned plastic bags in 2007 but there have been some challenges enforcing the ban.

Plastic bags often block drains and sewage systems making them a hazard to the environment and to public health.

In South Africa, a strawberry farm is certified to export strawberries to anywhere in the world.

“If it was easy to grow and easy to sell, everybody would be doing it. The fact that not many people are doing it, tells you that at some stage there’s a high element of risk, and the risk part of it is the production side, the sales part the strawberries really sell themselves,“said Xolani Gumede.

Despite a flat-lining economy, some entrepreneurs like Jennifer Rupiya,in Zimbabwe are still able to stay afloat as larger business struggle to compete.