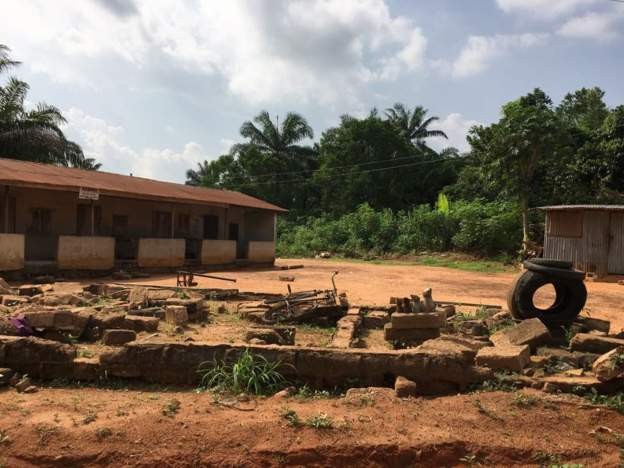 The town is deserted when I arrive.

It is perhaps unsurprising: Ogbozinne Akpugo, in Enugu state, was where a community lynched its traditional ruler just a few days ago.

Fear of the police and reprisal attacks has caused people to seek shelter in neighbouring towns.

Local residents have told me how frustrations over the ruler's authoritarian style, along with allegations of police corruption, ended in his death.

He allegedly said he could rule without the help of the union, the group of people elected or selected by the community to help with governance, as is common practice among the Igbo people.

The impasse led to him being taken to court by some of his subjects for alleged abuse of office and intimidation, with the help of policemen from the Special Anti-Robbery Squad (Sars).

But things came to a head on Tuesday.

Eyewitnesses told BBC Igbo the townspeople had gathered after a court hearing, planning to take their protest to the governor of Enugu state, Ifeanyi Ugwuanyi.

But then Mr Nwatu arrived, allegedly bringing with him armed Sars operatives, who shot sporadically to disperse the gathered crowd.

The villagers claim a man was knocked down and injured by the late Mr Nwatu’s car, which angered the crowd and led to his lynching.

Ebere Amarizu, a police spokesman in Enugu, told the BBC that there is no truth to the alleged role of the police in the escalation of violence.

Mr Amarizu said that the police is poised to fish out the perpetrators and will not be distracted by unfounded allegations.