ACP And 2 Officers Injured In Fresh Violence In Benin. 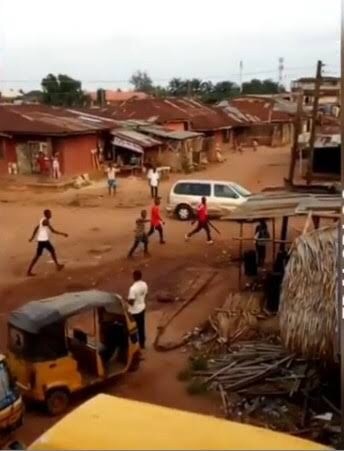 #Violence erupt the city of Benin as cultists clashes and robbers attack ACP with other two officers.

The city of Benin has been in the heat of worries over the clashes between two rival cult groups and an attack on the assistant commissioner of police and other two officers by suspected robbers.

The daily trust reported that the Assistant Commissioner of Police in charge of the Area Command in Edo State and two other police officers were attacked and shot by suspected robbers in the early hours of Friday at the popular Murtala Muhammed (MM) Way in Benin City.

The ACP and the two other officers were said to have been shot when the hoodlums sighted his team on a rescue mission to the troubled MM Way, Upper Sokponba, Idogbo and Ugbekun areas considered as core dens of criminal groups.
Deaths have been recorded and others sustained injuries as a results of excessive exchange of bullets by the robbers and the police officers.

Both the injured persons and the police officers were immediately moved to the University of Benin Teaching Hospital (UBTH) for a proper treatment.

Flashing back to such tragic occurrence,starting from  Monday to Friday, at least 18 persons have reportedly been killed due to the clashes between two cultists rival groups (Aye and Eiye).

And it was reported that many shops have been shut down and parents withhold their children from schools immediately this trouble started in their area with the wave of gunshort in the air.