A Positive Example Of #NigeriaWork 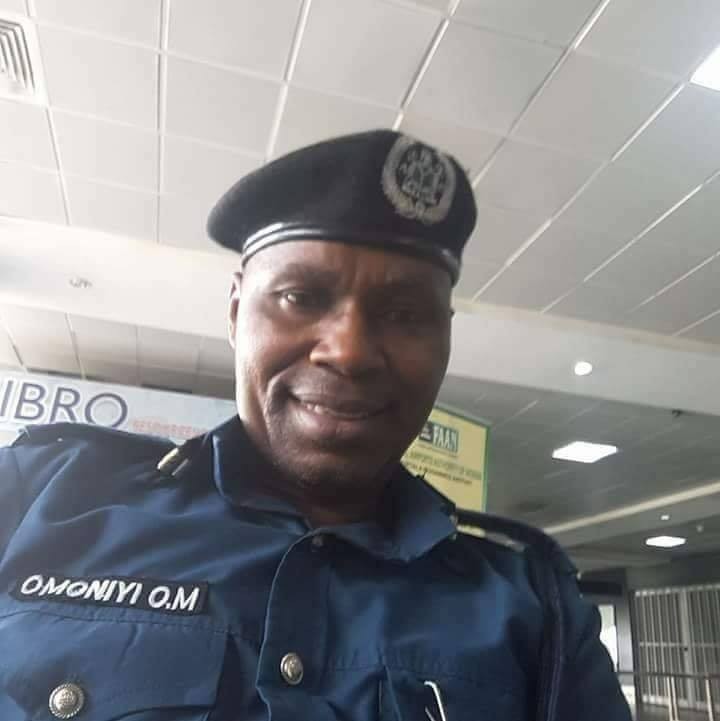 Yes it does! Things actually work around here!

Yesterday afternoon, 18th of June 2018, my wife came back into the country through the Murtala Mohammed International Airport Lagos. On getting home we suddenly realised she left her hand Luggage at the airport - An unlocked and untagged hand luggage right in the middle of the floor in the baggage pick up area! The picture seemed so bleak. She was quite upset.

She immediately returned to the airport that same evening.

On getting there, she spoke to the airline staff on ground who had no idea what to do. she eventually ended up speaking to the FAAN Authorities.

They immediately went to the CCTV room but for some technical reasons, couldn't get to operate it. I thought to myself "what did I expect?!" That ended up being the wrong thought!

My wife was told to go home and that the operator would be summoned to come back. Quite sincerely, I wasn't too optimistic!

This morning (19th June 2018) however, my wife got several calls from the officials at the airport asking her to come around. She got there and they took her to the control room. They said they were up for a good part of the night going through the records. The found the frame they were looking for. They wanted her to see it too.

The recording in the airport showed a group of Chinese individuals who also came into the country about the same time. The bag in question was lying beside them. As they left, someone who was familiar with the Chinese guys spotted the unmanned bag and thought it belonged to them. He wheeled it towards them. By the time the CCTV showed them outside, the bag in question was now on top of their other bags.

The recording showed that the individual who took the bag to the Chinese had spoken to an immigration officer on the way out. They therefore went to look for the immigration officer in question and asked about the fellow. The officer remembered the man and knew him. He called him. They told him what had happened and that the bag indeed did not belong to the Chinese guys. This fellow then put a call through to the Chinese guys who said they were already in Ogun state attending a conference. The officials requested the bag be brought back immediately.

My wife was asked to wait. After a few hours, she decided to go home and come back. On her way home, she was called back that the bag had arrived and she had to come and identify all that was in it and be sure it was intact before the bearer would be allowed to go.

When she got to the airport, she checked through the hand luggage which had her jewelry bag, a wrist watch amongst other priced possessions. Everything was intact! They filed an official report afterwards about the incident had her sign and told her to go.

As if that wasn't impressive enough!

Like it's with our culture, my wife offered the airport official, A Mr Omoniyi Omotayo who had coordinated the entire recovery a 'thank you' token; He refused it! He told her he understood she was grateful but he was only doing his job! She didn't believe it! She thought the narrative he had given her earlier as to what they had to go through at night was to prep her up for the token. He refused still, he didn't even take a look at was he was offered. He assured her repeatedly that he was simply doing his job!

She initially felt bad that he didn't accept her token, then it dawned on her that perhaps, we are part of the problem when we offer people 'money' for doing their jobs. Each time we do that, we lay a precedence of expectation for others!

Its a cultural thing I agree, that's how we know how to say 'thank you'; but in so doing, we have also built a culture of entitlement! She recalled having a similar issue in Heathrow sometime ago and when she eventually located the bag, she didn't feel the need to 'offer' something but simply say thank you! So why is it different here?

I don't know what Mr Omoniyi's take home salary is; I'm not sure it is anything monumental; I suspect he has some pressing needs that could do with a 'token' but regardless, he chose rather to confer honour on the job he has been asked to do!

It tells me things work! Regardless of what the pessimists and the cynics say or think; and Yes, we may not yet be there, we may still seem far off; but we are inching our way towards our desired outcome gradually! It might take years, but God helping us, we will get there! I am happy to celebrate this 'baby steps' with anyone that cares to listen!

So Yes! Nigeria Works!!! and No! we are not all corrupt! and it can only get better! All it takes is one Mr Omoniyi Omotayo at a time!

Kindly share if you will, let folks know Nigeria works! Let them know that the first point of entry into our country works and is getting even better!

Now this is my personal story, If you however have a story that shows us Nigeria Works! Please share with me and I'll be happy to share with all.

And if you have cause to pass by arrival section of the MMA anytime soon, its OK to ask for Mr Ominiyi and tell him that he is one of the shining lights in a country desperate for illumination!

May God bless the Federal Republic of Nigeria! #NigeriaWork