This Startling Graph Shows How Many Africans Are Now Using The Internet - Far More Than In North America, And On Track To Beat Europe 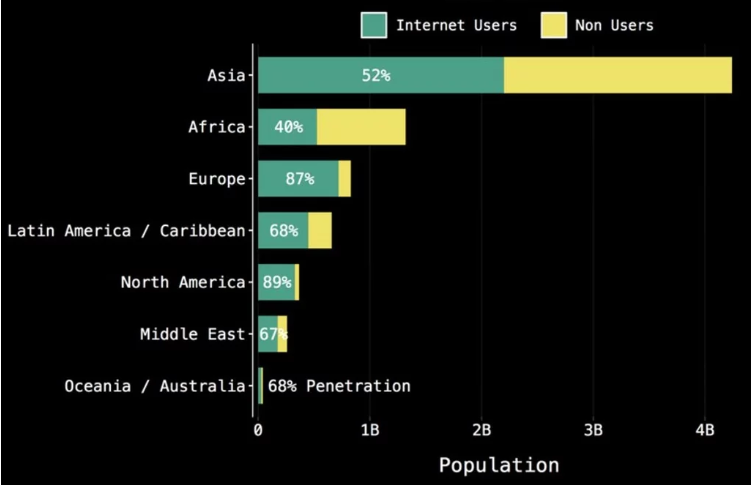 Last month, an estimated 525 million Africans went online – there are now more internet users on the continent that in North America (327 million) and the Middle East (174 million) combined.

The number of African online users is already larger than in Latin America (448 million) and at current growth rates could eclipse Europe (719 million) as internet penetration on the continent grows.

Almost 40% of the African population used the internet last month. Elsewhere in the world, the percentage was more than 60%, according to data compiled by the marketing firm Miniwatts, using information from Nielsen Online, by the International Telecommunications Union, by GfK and local regulators.

A visual representation of the data was published on the Reddit platform, contrasting total populations with internet penetration, and clearly showing how Africa is starting to flex its digital muscle.

In Kenya, 83% of the population are online already compared to South Africa (56%) and Nigeria (60%). But Nigeria’s internet population of 112 million means that more than one out of five African internet users are from that country.

Internet penetration should get a boost from faster internet, with Google and Facebook planning separate projects to build underwater cables to bring more internet capacity to the continent.