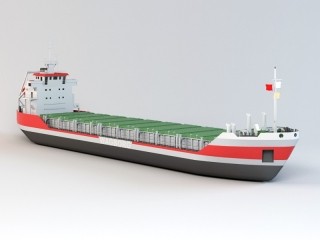 Switzerland has asked an international court to order Nigeria to release a Swiss-flagged oil tanker, its cargo and crew, that have been detained off Port Harcourt for the past 16 months.

The Swiss foreign ministry said in a statement sent to AFP that it had appealed on May 21 to the International Tribunal for the Law of the Sea to order Nigeria to release the San Padre Pio tanker.

"Switzerland requests that the court release the ship, including the crew and cargo, and suspend the ongoing proceedings in Nigeria," the statement said.

Nigerian authorities first intercepted the San Padre Pio in January 2018 as it was transferring diesel between ships, according to the RTS broadcaster.

The ship, which can carry nearly 5 500 tons of cargo, was accused of entering Nigerian waters illegally and illegal diesel trafficking - allegations rejected by the captain who insisted he had obtained all of the necessary permits.

While most of the crew had been permitted to leave the ship, four Ukrainian officers remained stuck onboard.

"This situation is difficult for the officers concerned to bear," the foreign ministry said, adding that "the ship as well as the cargo are steadily losing their value, causing increasing damage to the companies involved."

Private companies are not the only ones taking a hit as the tanker remains docked.

According to RTS, Switzerland has guaranteed the ship to the tune of several million francs (dollars), meaning that if the shipping company fails to honour its payments, Swiss taxpayers will be left holding the bill.

"The continued detention of the ship, including crew and cargo, is resulting in irreparable damage to Switzerland," the foreign ministry warned.