Get Your Passport Ready - Akon To Build A Real-Life Wakanda 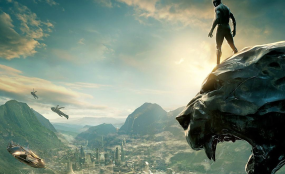 Is the futuristic Wakanda is going to be in Senegal?

Grammy-nominated and Senegalese singer Akon is building a city that will take after the award-winning film Black Panther's city, Wakanda in his native country Senegal.

Speaking at a panel titled Branding Africa: Blockchain, Entrepreneurship and Empowering the Future at the Cannes Lions International Festival of Creativity, he unveiled his project which is a proposed city named after him Akon Crypto City. The city will be close to the Dakar, Senegal's capital and will have universities, schools, stadium, homes and developed technology as seen in the film.

It will also have its own currency named AKoin, a cryptocurrency which he said has the potential of being "the saviour of Africa in many ways".

To actualize this dream, the Senegalese President Macky Sall has given the potential US presidential aspirant 2,000 square-acres of land.