Explained: How To Get A 'Blue Card' To Live And Work In Germany 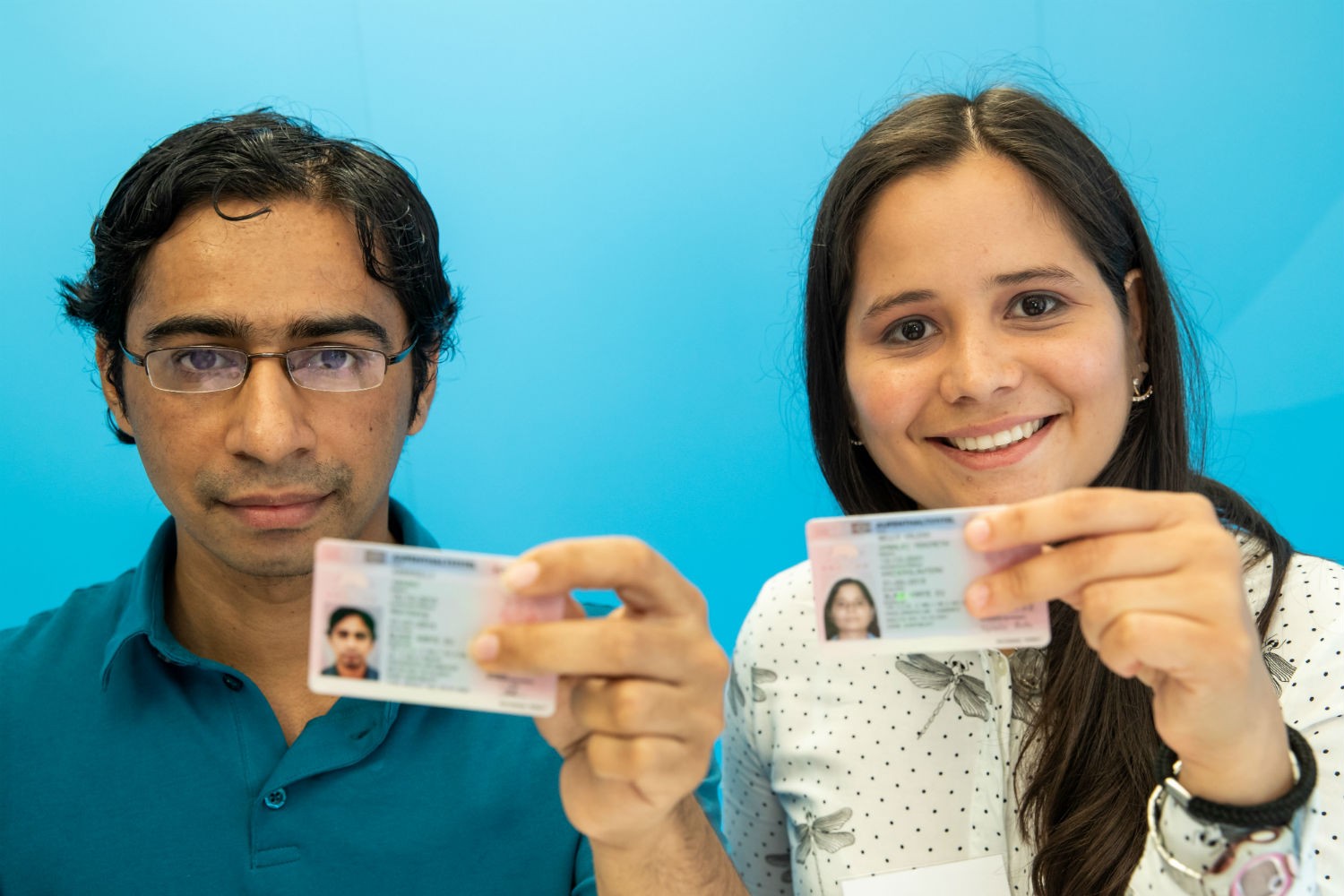 Hymalai Bello, an electrical engineer from Venezuela, and Vasant Karasulli, a software engineer from India, hold their Blue Cards in Nuremberg in May 2018. Photo: DPA

Similar to the Green Card in the US, professionals from non-EU countries are able to work in Germany with the so-called Blue Card.

Just what is a Blue Card?

The idea for the Blue Card originally sprung from the Brussels think-tank Bruegel, and was written into EU law in August 2012. The idea was to mimic the US system of granting workers a card which would enable them full employment rights – and expedited permanent residency. But unlike the Green Card, they must earn a salary that is at least 1.5 times a high as the average in their country.

According to the latest figures, one-fourth of EU blue card holders in Germany come from India, making them the largest group to apply for the permit. A further 10 percent come from China, 6.4 percent from Russia, 4.7 percent from Turkey and 4.1 percent from the Ukraine.

SEE ALSO: One quarter of all Blue Card holders in Germany from India: report

How can I qualify for a Blue Card?

The card is granted to anyone who has an accredited university degree, and earns a certain (well, high) salary. That’s why you already have to have a job offer in hand before either you or your employer can apply for the card.

To see if your degree qualifies, you can turn to the government website ‘Anerkennung in Deutschland’ (Recognition in Germany’).

If you think you would qualify, and just need a job first, websites such as Apply.eu connect non-EU residents abroad with employers.

For Germany’s so-called shortage occupations (Mangelberufe – such as IT-professions, doctors and engineers), you’ll have to receive a gross annual salary of €41,808. For everyone else, it amounts to €53.800.

This might sound like a lot of money, but the minimum salary thresholds in Germany are among the lowest of all participating EU countries. Unlike some stricter member states, Germany will also grant Blue Cards to applicants fresh out of university, as long as they have a job offer.

How do I apply for a Blue Card?

Either you or your employer can fill out the application for the Blue Card, and the documents can be submitted to the foreigner’s office in Germany or your embassy abroad.

Nationals of Australia, Canada, Israel, Japan, South Korea, New Zealand and the US are allowed to enter Germany on a three-month tourism visa and then apply. The foreigner’s office states that nations of all other countries - if not already living in Germany on a residence permit - should apply at their home country’s consulate.

In Germany, the time to process an application often only takes days or weeks rather than months as is the case for other types of work permits, according to the EU Blue Card Network.

FIND A JOB: Browse thousands of English-language jobs in Germany

If you’re a holder of a Blue Card, you can apply for permanent residency in Germany after just 33 months - or just shy of three years.

This can be reduced to under two years, or 21 months, with a B1 language certificate. Stays in other countries can also count towards the permanent right of residency.

For other non-EU residency permit holders, there’s typically a wait of seven or eight years.

Not just valid for working in Germany

After 18 months, or 1.5 years, of working in Germany, Blue Card holders can move to any other EU country. The only EU countries where this doesn’t apply are Denmark, Ireland and the UK - which has been the case since the beginning of the Blue Card system.

Blue Card holders can also leave the EU for up to 12 months without losing the right of working there.

Not only does the German Blue Card grant access to the holder itself, but children and spouses are also allowed to live and work in Germany – no matter what their level of German might be.

Tell us: Do you have a Blue Card or are applying for one? What has the experience been like for you?