Businessman Attempts To Jump Into Lagos Lagoon Over N.5m Dept. 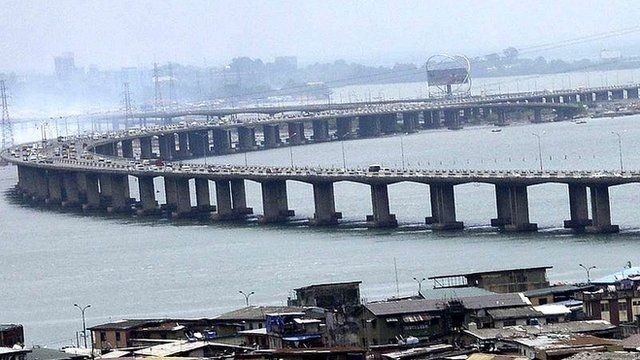 Officers from the Lagos State Police Command have prevented a businessman, Abiodun Adeyinka , from committing suicide by jumping into the lagoon on the Third Mainland Bridge during the Eid- el-Kabir festival on Friday.

It was discovered that Abiodun had approached a microfinance bank for N 390, 000 to boost his business but could not repay the loan and the accrued interest , because the business project turned out to be unsuccessful .

He was so anxious due to his inability to repay the loan, the 45- year -old left his place of residence in the Ikotun area of the state and headed for the Third Mainland Bridge , where he attempted to jump into the lagoon .

It was learnt that policemen attached to the Bariga Division , who had been watching Abiodun closely , quickly prevented him from plunging into the lagoon .

The state Police Public Relations Officer , Bala Elkana , said in a statement on Sunday that after Abidoun was rescued, the father of two said during interrogation that the reason he attempted to take his life was because of his indebtedness.