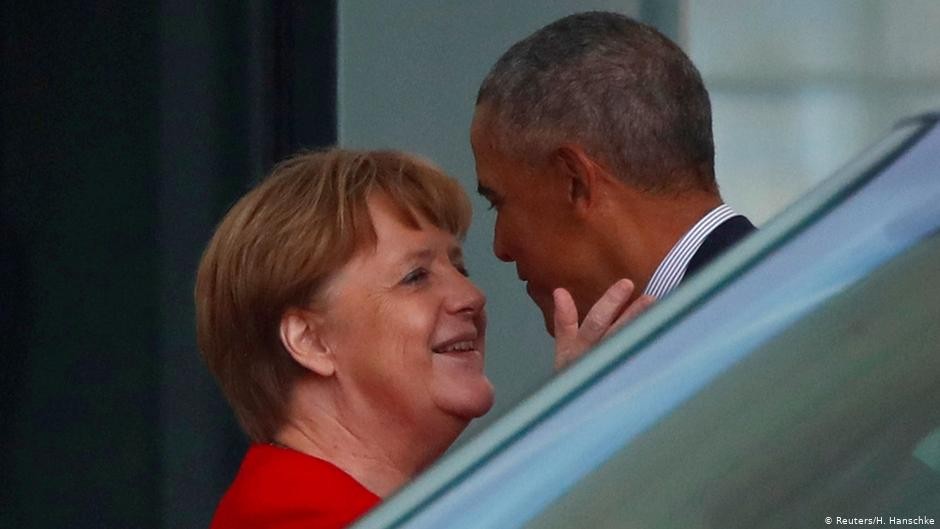 A day after praising her at an event in Cologne, the former US president met with Chancellor Merkel in the German capital. "She is worthy of applause," he said.

Former US President Barack Obama was in Berlin on Friday to meet with German Chancellor Angela Merkel. Waving to cameras as they exited the German Chancellery together, the pair did not stop for photos or take questions from journalists, stressing that the meeting was not a political event.

Merkel's spokesman, Steffen Seibert, said he "would firmly reject" the impression that the meeting was a direct signal to current US President Donald Trump. The pair have already met once since the end of Obama's time in office, at a conference in 2017.

However, it is clear that Merkel had a better working relationship with Obama than she does with his successor, despite a surveillance scandal during Obama's tenure revealing that the US had spied on German intelligence agents, and even on Merkel herself.

Speaking at an event in the western city of Cologne the night before, Obama praised "my friend Angela Merkel" for what he saw as her level-headed and compassionate leadership. His comment drew a jubilant reaction.

"Yes, she is worthy of applause," Obama said, smiling. He received similarly positive crowd responses for his comments that governments should have equal amounts of men and women, and that strong leaders need to listen.

"The first thing required of a leader is to be someone who can listen to what people care about and about the struggles they're going through … to sit across the table and listen to their stories," the ex-president said in a talk on what makes good leadership.

For some in Germany, Obama's brief tour was a welcome reminder of a time when the leaders of the US and Germany enjoyed a more cordial relationship. Local newspaper the Rhein-Zeitung, remarking on Obama's visit, lamented that Trump "hardly ever misses an opportunity to criticize Merkel and the Germans."