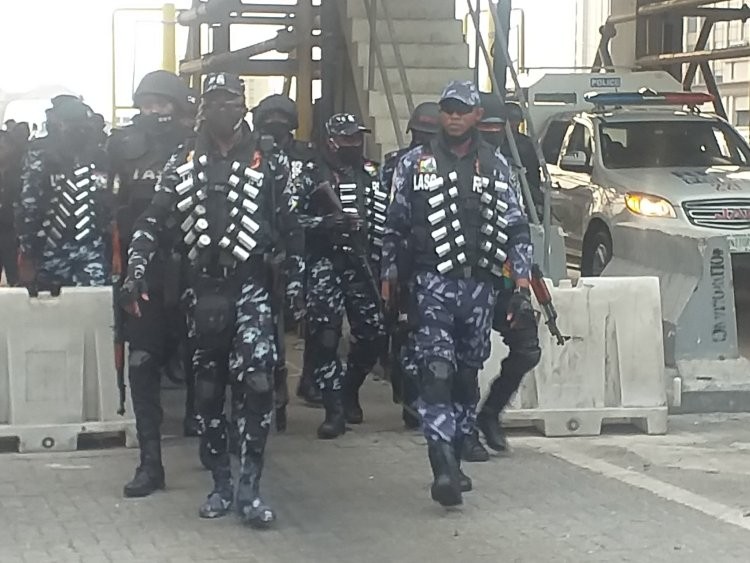 Troops of police officers deployed to Lekki Tollgate ahead of protests.

At least 10 police vehicles are at the tollgate with scores of officers guarding the plaza.

After series of informations reaching the police authorities, they quickly took this decision and deployed troops of policemen to the Lekki tollgate ahead of another phase of protest planned to commence by Saturday.
In a few moment of getting this information, the policemen occupied  every corner of the Lekki tollgate to stand against Lagos protests, slated to hold at 7 a.m. on Saturday morning.
However, several police vehicles and officers are already on the ground at the tollgate, meanwhile at least 10 police vehicles were seen at the tollgate with scores of officers guarding the plaza.
Hakeem Odumosu, The lagos State Commissioner of Police in the state, had earlier announced that no protest will be allowed to hold on Saturday.
He further stated that, lagos state is still in pains from the destruction perpetrated after the Lekki shooting incident in October 2020”.
But despite the pleas, the youths still insisted on holding the protest.