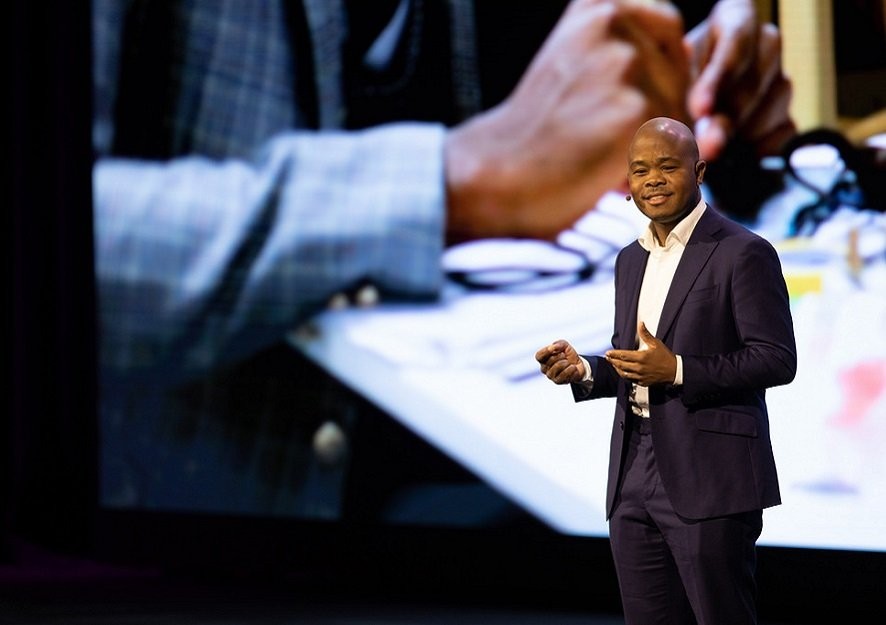 Fred Swaniker is the founder of African Leadership University, the most innovative company in Africa. Pic credit: Flickr

Fred Swaniker, Ghanaian entrepreneur and founder of the African Leadership University (ALU), who is making gains across the world, has been given a top appointment in the Paul Kagame-led administration of Rwanda.

Swaniker has been appointed by the Rwandan leader to chair the Rwanda Convention Bureau (RCB), a strategic business unit of Rwanda Development Board’s Tourism and Conservation Department.

Rwanda is growing rapidly in popularity with event organizers worldwide thanks to the RCB that was established by the government to promote the country as a “premier destination and one-stop solution”for assistance, information and advice on organizing MICE (Meetings, Incentives, Conferencing, Exhibitions) or business events.

The aim of the unit is to take full advantage of the global tourism market, a strategy the country believes will create value in the tourism sector, the country’s largest foreign exchange earner that fetches an annual average of about $500 million, a report by local media, Taarifa said.

Rwanda boasts a range of world-class conference and accommodation facilities, including the flagship Kigali Convention Centre, the Kigali Conference and Exhibition Village and the Intare Conference Arena, said a report by The New Times.

There are other several hospitality facilities in Kigali such as Radisson Blu, Marriott Hotel, Onomo Hotel, Park Inn by Robinson, amongst other four and five-star international brand hotels that are bringing in revenue to the tourism sector.

Kagame brought on board Swaniker with the hope that his global business acumen will add value and help push Rwanda’s agenda of generating more revenues from tourism, according to Rwandan media.

By his appointment, the 43-year-old Ghanaian businessman, who was recently ranked among the “top 10 young power men in Africa” and as one of the top 15 social entrepreneurs in the world, will join a selected team of other global CEOs who advise Kagame.

Swaniker’s aim has been to transform Africa by grooming its future leaders, including decision-makers, entrepreneurs, politicians, scientists and Nobel Prize winners.

Swaniker has received thumbs up from former U.S. president, Barack Obama and TED for his outstanding work. Pic credit: Expat.com

Born in Ghana in 1976, Swaniker’s father, who was a lawyer and a magistrate, left the country with his family after a military coup when Swaniker was only about four years old. By the age of 18, Swaniker and the family had lived in different African countries including Zambia, Botswana, Zimbabwe.

He would later go to college in the U.S., becoming a graduate of the Macalester College in Minnesota, and would be employed by McKinsey & Company in Johannesburg, South Africa. These experiences on the continent influenced his thinking about the importance of leadership for Africa, he told Forbes recently.

While at Stanford Graduate School of Business in California for an MBA, he wrote the business plan for the African Leadership Academy (ALA) which was dedicated to educating the next generation of African leaders.

In 2015, Swaniker expanded that effort and opened the ALU in Mauritius, an institute of higher education designed to teach leadership skills to Africa’s brightest and to fight the brain drain. The university recently earned the number one spot among the 5 most innovative companies in Africa, compiled by business magazine, Fast Company.

In 2017, Swaniker opened his second undergraduate campus of ALU, in Kigali, Rwanda. The ALU is training future African leaders by moving away from more traditional university programs, as students select missions to pursue, rather than majors, said the magazine.

Swaniker is now expanding even further with the new ALX accelerator program, which runs six-month courses in leadership and technical skills in areas like data science and operational management from low-cost setups such as co-working spaces.

ALU has also rolled out an innovative approach to student finance, in which students pay nothing up front for their education. Instead, they only pay a share of their income to investors once they are employed.

ALU already has campuses in Mauritius, Rwanda, and Kenya, and will use its funding to open its doors in Johannesburg, Lagos, Cape Town, and Casablanca.

As a motivational speaker, Swaniker speaks on topics such as Leadership, Education, Innovation and business opportunities in Africa. In the first 60 days after his TED talk was released, he received 900,000 views.

He has so far received thumbs up from former U.S. president, Barack Obama and TED for his outstanding work. World Economic Forum also named him one of its “Young Global Leaders” in 2012.